include six MAP2K, five MAP3K, and four MAP4K proteins. This number is similar to that of yeast, but less than humans and plants. Other stramenopiles including H. arabidopsidis and T. pseudonana have even fewer predicted STE kinases, and these are absent from the apicomplexans P. falciparum and T. gondii. When considering how these STE kinases act in MAPK signaling, it is prudent to note that non-STE kinases may also participate in the cascade. In humans and A. thaliana, some members of the RAF subfamily of TKL kinases are MAP3Ks. However, no RAF kinases appear to exist in P. infestans where, as in yeast, MAP3K activity is likely limited to the STE11 subfamily. In addition, not all P. infestans STE kinases may be part of a MAPK cascade. Some organisms have two classes of STE11 proteins, namely the MAP3K class called MEKK and a non-MAP3K class called CDC. While MEKK is ubiquitous, some species lack CDC. PITG_10045 belongs to the CDC class while the other STE11 proteins of P. infestans are MEKK-like MAP3Ks. The ratio between MAPK, MAP2K, MAP3K, and MAP4K in P. infestans resembles that in A. thaliana, where there is near-stoichiometry between MAP2K, MAP3K, and MAP4K and a excess of MAPK. In contrast, in yeast each group has similar numbers while in humans MAPK and MAP4K are in excess. The implication of these ratios in P. infestans is that each MAP2K These kinases have sequence similarity to tyrosine kinases, but act biochemically as serine/threonine kinases. Such tyrosine kinase-like kinases exist in most eukaryotes TMS supplier except fungi. P. infestans contains 139 TKL proteins, making it the largest family at 39% of ePKs. This is much more than other eukaryotes, except for plants. While P. infestans contains proteins resembling members of TKL subfamilies seen in other species, most belong to oomycete-specific groups. TKLs are the 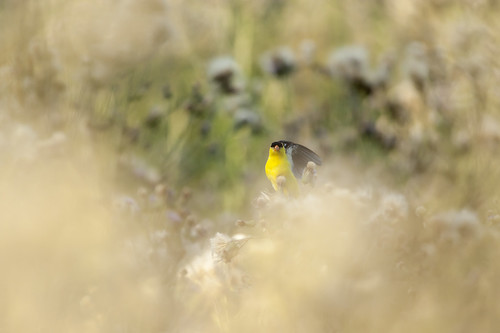 only P. infestans ePKs that contain transmembrane domains. Such proteins are marked by red circles in Judelson and Ah-Fong BMC Genomics 2010, 11:700 http://www.biomedcentral.com/1471-2164/11/700 Page 11 of 20 human LISK, LRRK, RIPK, or STRK sequences. However, most do not have the traditional structures of such proteins. For example, the LRRK-like kinase, PITG_10192, lacks the leucine-rich repeat domain that gives this group its name. Similarly, the two P. infestans proteins that cluster with LISK lack the N-terminal LIM domains typical of that group. The P. infestans proteins near metazoan STKR also lack the extracellular domains typical of such proteins, and most instead contain Nterminal transmembrane domains. Two proteins that cluster near human STKR are likely to function biochemically as tyrosine kinases, as will be discussed later. P. infestans has five genes classified as IRAK kinases, which are named after interleukin-1 receptor-associated kinase. As shown in Judelson and Ah-Fong BMC Genomics 2010, 11:700 http://www.biomedcentral.com/1471-2164/11/700 Page 12 of 20 involved in the innate immune response where they are either membrane-spanning proteins that associate with pathogen recognition receptors or part of the receptors themselves. Of the five P. infestans IRAK proteins, all but PITG_22686 contain a PubMed ID:http://www.ncbi.nlm.nih.gov/pubmed/19797228 transmembrane domain N-terminal to the kinase region. Curiously, all are predicted to be catalytically inactive. This partially resembles the case in humans, where two of the four IRAKs are predicted to be inactive yet still participate in the immune response. Either these interact with signaling components indep