hed once with 60% isopropanol and left to dry completely. The cells were then ” stained in 0.2% Oil Red O for 10 minutes, rinsed with 60% isopropanol once, and thoroughly washed with water four times. The dishes were subsequently scanned to get the pictures. After extracting the Oil Red O with 100% isopropanol, the extracted dye was quantified on a spectrophotometer by reading the absorbance at 510 nm wave length. Immunoblotting Cells were lysed in mammalian protein extraction reagent supplemented with protease inhibitor cocktail. Additionally, phosphatase inhibitor ” cocktail I and II were added for phospho-ERK detection. The cell lysates were resolved by electrophoresis on 10% or 412% precast Bis-Tris gel. Proteins were transferred from the gel to a nitrocellulose membrane using the iBlot Dry Blotting System. Specific proteins were detected by immunoblotting using primary antibodies anti-PHB1, anti-PHB2, anti-C/EBPb, anti-PPARc, anti-aP2, anti-HSP90 anti-b-actin, anti-ERK, anti-p-ERK and anti-porin. Horseradish TL32711 site peroxidase -conjugated anti-rabbit IgG and anti-mouse IgG were used as secondary antibodies in a 6-well plate. 3T3-L1 cells were seeded and treated with differentiation medium in the plate as described above. The cells were then fixed with 4% paraformaldehyde in PBS for 30 min, Prohibitins Are Required for Adipogenesis followed by PBS wash and subsequent treatment with cold absolute methanol for 5 min at 220uC. The cells were rinsed with PBS and permeabilized with 0.2% Triton X-100 in PBS for 10 min. After blocking with 5% BSA in PBS for 1 hour, the cover glasses were incubated with anti-PHB1, antiPHB2 or anti-Cytochrome C antibody in 0.1% BSA in PBS at room temperature for two hours. The cells were then washed with PBS and incubated with Rhodamine”8250895

” or Alexa Fluor 488 conjugated secondary antibody in 0.1% BSA in PBS at room temperature for 1 hour. Thereafter, the cover glasses were mounted upside down on microscope slides containing mounting medium. The mounted slides were examined under an Olympus BX41 microscope equipped with an Optronics Magnafire digital camera and Prior Proscan motorized driven stage. For each image, specific antibody staining was merged with CytC using Soft Imaging System software that results in virtually no pixel shifting during the image merge. Representative photomicrographs were arranged using Adobe Photoshop without any further adjustment to maintain the true nature of the findings. systems; Bannockburn, IL) equipped with a 636/1.40 NA oilimmersion objective lens was used to characterize the optical properties of these samples. Images were captured with a scanning speed of 400 Hz and image resolution of 5126512 pixels, and then analyzed using Leica Application 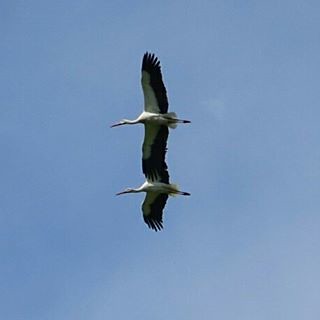 Suite, Advanced Fluorescence software. Measurement of ATP concentration The adenosine triphosphate concentration was measured with an ENLITEN ATP assay system bioluminescence detection kit. Briefly, three days after transfection of 3T3-L1 cells in a 96-well plate with siRNA oligonucleotides, 0.5% trichloroacetic acid was added for ATP efficient release. Then, 25 mmol/L Tris-acetate was used for neutralization. After addition of recombinant Luciferase/Luciferin reagent, luminescence was measured using a 10-second integration time with a microplate luminometer and SOFTmax PRO software, and was normalized to protein concentration. The ATP standard curve was generated by using the ATP standard included in the kit. Isolation of mitochondria Isolation of