test this hypothesis more directly, we examined the interaction of SYN876 with the cholinesterase inhibitor aldicarb. Exposure to aldicarb leads to muscle hypercontraction and eventual nematode death, and mutants such as cha-1 that produce reduced levels of acetylcholine are resistant to aldicarb since they are more able to tolerate some increase in synaptic acetylcholine levels than wild-type nematodes. A-83-01 Furthermore, low levels of aldicarb suppress the movement and growth defects of these mutants. We therefore reasoned that if the Spiroindolines act to reduce synaptic acetylcholine levels, they would be able to suppress the effects of aldicarb. Consistent with this hypothesis, sub-lethal doses of SYN876 ameliorated the effects of aldicarb exposure. Chemical mutagenesis generated C. elegans mutants resistant to Spiroindolines. The low frequency of recovery and genetic dominance of the mutations indicated that resistance was due to gain of function. Mutations conferring resistance mapped to a 5 map unit interval on Chromosome IV that contains the genes for VAChT and ChAT . The apparent requirement for a gain-of-function 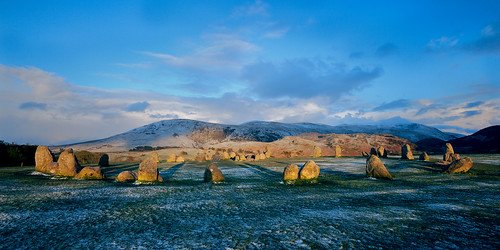 mutation to confer resistance further suggested that the mutations affected an essential gene, and it is known that both unc-17 and cha-1 function are required for nematode viability. All mutants characterized had sequence changes in the coding region of unc17 that resulted in amino acid substitutions, providing compelling evidence that unc-17 is the locus encoding resistance. The C203Y and Y411N mutations were each recovered in two independent lines, suggesting that very few changes allow for both Spiroindoline resistance and nematode viability. Generation of Resistance to Spiroindolines in Drosophila Melanogaster To confirm that the results from nematodes were applicable to insects, we tested whether the same amino acid substitutions could also generate resistance in D. melanogaster. Wild-type, and variant forms of D. melanogaster VAChT were ectopically expressed using the Gal4-UAS modular misexpression system. Expression of the variants was driven by the cha promoter, thus mimicking the endogenous expression pattern of vacht. Multiple independent lines were tested for each variant and viable insects with no remarkable phenotypes were recovered for all. Flies over-expressing the wild-type form of the vacht gene, cha.vacht, were at least 3-fold less susceptible than control genotypes to SYN351-mediated mortality, demonstrating that Spiroindoline Insecticides Act by Inhibiting VAChT simple over-expression of VAChT protein conferred resistance to SYN351. Flies over-expressing one mutant form of the vacht gene, cha.vachtY49N, were completely insensitive to all doses of SYN351 tested over an extended period of time. These results indicated that a single amino acid change in the VAChT protein is capable of generating very high levels of resistance, and that the expression of VAChT in a wild type background is sufficient to overcome the toxic effect of this compound in Drosophila. Thus the mechanism of resistance to SYN351 translates from worms to flies and relates to the function of VAChT. None of the flies engineered to over-express the E341K mutant form of the vacht gene, cha.vachtE341K, were resistant to SYN351-mediated mortality. These flies did not even exhibit the same level of resistance as Cha.vacht flies. One explanation for this observation is that the VAChT E341K variant protein is either not expressed or is unstab