induced elevated mRNA levels for both reelin and GluN2B. Thus, in young neurons, where Y-P30 reduces the nuclear levels of CASK, also CASK/TBR1 regulated gene expression is reduced while this is no longer found in older cultures. To corroborate these findings we performed quantitative immunoblotting experiments and probed these blots with a GluN2B antibody. We found that at DIV6 GluN2B protein levels were indeed lower in Y-P30 treated cultures, whereas at DIV18 bath application of Y-P30 had no significant effect. Taken together these results lead to the question about the underlying mechanism of the differential effect of Y-P30 on the nuclear localization of PubMed ID:http://www.ncbi.nlm.nih.gov/pubmed/19652232 CASK during neuronal development. We reasoned that this differential effect might be related to the fact that the two family members that are abundant in neurons, SDC-2 and -3, are expressed at different levels during development. SDC-3 is prominently expressed during early development and mainly localized in axons whereas SDC-2 protein levels increase later during synaptogenesis when SDC-2 is mainly found in dendrites and synapses. To address the question whether binding to SDC-2 and -3 mediates the effect of Y-P30 on the nuclear localization of CASK we employed an shRNA approach to knock down both SDC. Since available SDC antibodies were not found to be suitable for immunostainings we transfected HEK-293T cells with SDC-myc constructs and the corresponding shRNA plasmid and checked for knock down efficiency. Thereafter we transfected hippocampal primary neurons with the most efficient shRNA construct for SDC-2 or -3 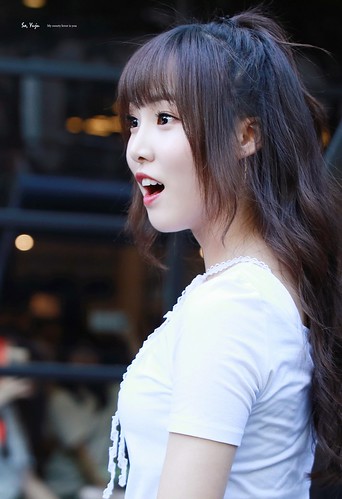 and compared the effects of Y-P30 application at DIV 8 and 18 to control cultures. We found that knock down of SDC-2 at DIV18 and SDC-3 at DIV8 completely abolished the effect of Y-P30 on the nuclear localization of CASK. It has been reported that SDC-3 is phosphorylated at LBH589 cost several sites and that the expression of the phosphorylated form of SDC-3 decreases during neuronal development, which might alter its function. We therefore checked for Y-P30 induced phosphorylation of SDC-3 but could not identify apparent differences at DIV8 and DIV18. In previous work we observed that Y-P30 promotes neurite outgrowth of thalamic neurons in primary cultures. We followed up on these results and examined in more detail whether the application of the peptide might selectively stimulate axonal outgrowth of hippocampal and cortical primary neurons in early development. To this end we applied Y-P30 for 24 h or 36 h in cortical cultures 24 h after plating. We then determined the length and branching of the longest neurite. Bath application of Y-P30 in cortical cultures resulted in faster extension of axons Y-P30 and Nuclear CASK . In addition, the number of branches was increased 12 h after application of the peptide. We next employed a SDC-3 knock down and analyzed axon length and branching in cultures that were treated with Y-P30 at DIV 3 or DIV 6. A SDC-3 knock down had only minor effects on axon outgrowth and branching as compared to nontransfected or scrambled-transfected control cells. Interestingly, however, the Y-P30 induced axon outgrowth was 8 Y-P30 and Nuclear CASK significantly reduced in cells transfected with the SDC-3 knock down construct. These data suggest that the effects of Y-P30 on axon outgrowth as well as on the nuclear localization of CASK depend upon the expression of SDC-2 and -3. However, it is puzzling that binding to SDC-3 during early development and to SDC-