thod showed absence of any carbohydrate in the purified enzyme, indicating its non-glycosylated nature. The effect of pH on purified b-amylase was examined in the pH range 3.6 to 8.0. Maximum activity was observed at pH 5.0 in 50 mM sodium acetate buffer and enzyme was found to be fairly stable for a week in pH range of 3.07.5. Optimum temperature was found to be 50uC. The enzyme activity showed decline on increasing temperature beyond 50uC; complete loss of enzyme activity was observed when it was kept at 70uC for 15 min. The value of activation energy was calculated to be 6.21 kcal/mole from Arrhenius plot. The Km value for starch and amylopectin as a substrate was found to be 1.58 mg/mL and 2.86 mg/mL, respectively. The highest specific activity of b-amylase gave a turnover number of 137.93 min21.Thermal inactivation studies were carried out at 52uC, and it was found to follow Orange Yellow S web first-order kinetics with rate constant of 0.0198 min21 and tK equal to 35 min. When enzyme was incubated with 1 mM of Schardinger dextrins; a-cyclodextrin showed inhibitory effect and was found to be a competitive inhibitor from Dixon plot method with Ki 3.97 mM. Sucrose was also found to be a competitive inhibitor of Fenugreek b-amylase with Ki 2.32 mM, while maltose did not show any inhibitory effect on enzyme activity even at a concentration of 25 mM. endosperm of ungerminated seeds. Fluorescence was not observed in the cotyledonary cells and procambial cells. Comparable sections stained with I2-KI 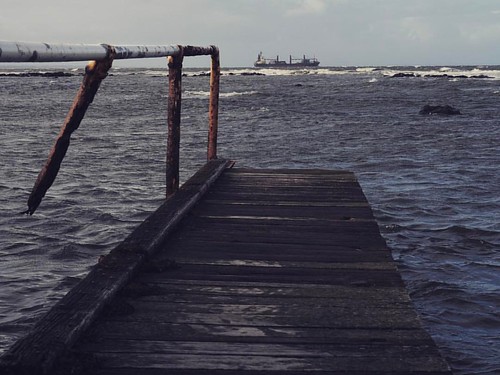 showed absence of starch. Germination being defined as penetration of the seed coat by the radicle, occurred after about 10 h in the seeds set out for germination. No change PubMed ID:http://www.ncbi.nlm.nih.gov/pubmed/19644978 in general histological structure of the seed was observed after 14 h of germination. Starch could now be seen in cotyledonary cells. b-Amylase was found to be present mainly in endosperm cells at this stage also, although some of the cotyledon cells also show fluorescence. Both amount of starch and b-amylase showed an increase at the stage of 31 h after germination. Toluidine blue stained sections showed dissolution of endosperm cell and the reserve stored. Starch was predominantly present. Fluorescence staining showed association of b-amylase with amyloplasts. Enzyme also showed its association with protophloem at this stage of germination. After 62 h b-amylase could still be seen in phloem and at the periphery of amyloplasts. Although, at this stage decline in the amount of enzyme and starch was observed. The activity profile of a-amylase and b-amylase during germination of seed was observed by performing assay procedure as described above. a-Amylase activity was negligible up till 31 h and showed an increase after that, while b-amylase activity was comparatively quite higher and showed an increasing trend upto 41 h, thereafter decline was observed. Discussion The plant material used for purification of b-amylase consisted of ungerminated fenugreek seeds. Enzyme was purified by using steps as summarized in table. Affinity precipitation using glycogen proved to be a useful step for purification. b-Amylase from pea, maize and radish have also been purified using this method. Monomeric b-amylase are more commonly found in plants, having molecular mass in range of 42 to 65 kD, b-amylase from sweet potato, leaves of Vicia faba and hedge bindweed are known to be tetramer having subunits of 64.7 kD, 26 kD and 56.07 kD, respectively. Fenugreek b-amylase was also found to be monomeric in nature. Fe