For cell surface biotinylation assays, cells were either grown to confluence on plastic dishes or on 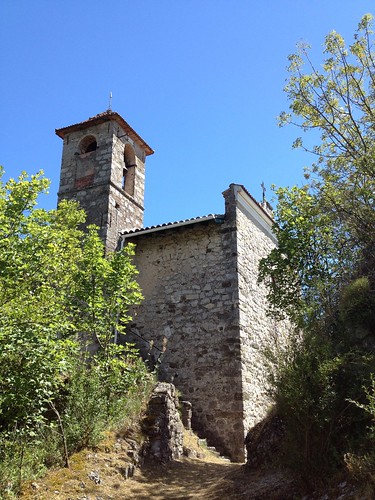 filters. Biotinylation was performed as described previously. Proteins were subjected to SDS-PAGE following denaturation in Laemmli buffer for 5 min at 95C. For enzymatic deglycosylation, 20 g of total and 100 g of biotinylated and avidin precipitated proteins were treated for 1h at 37C with either endoglycosydase H or PNGase F or control according to the manufacturer’s protocol. For P2Y14 antagonist studies, PPTN was dissolved in DMSO and applied to confluent MDCK-C11 cells at a final concentration of 10 M. Pretreatment with PPTN or vehicle was for 30 minutes prior to control or UDP-glucose treatment. Radioligand binding assays UDP-glucose binding assays were performed in MDCK-C11 cell line and FACS isolated IC membrane preparations, as previously described. Confluent MDCK-C11 cells were scrapped in ice-cold PBS, pelleted by centrifugation and then resuspended in 1 ml ice-cold Tris-acetate 0.2 M buffer containing protease inhibitors using a 25G needle. Cell membranes were harvested by passing through a cell cracker 10 times. The solution was then centrifuged 10 min at 17000 g and membrane pellets were frozen in liquid nitrogen and kept at -80C until use. Protein concentration was determined using a nanodrop 2000. For dose-displacement assays 15 g of MDCK-C11 cell membrane proteins were incubated for 3 hours at 22C in a medium containing 50 mM Tris/HCl pH 7.4, 1 mM EDTA, 5 mM MgCl2 and BSA, -UDP-glucose and selected concentrations of UDPglucose or ATP. Incubation was terminated by the addition of ice-cold 50 mM Tris/HCl pH 7.4, 1 mM EDTA, 5 mM MgCl2 and was followed immediately by filtration under vacuum through Gelman A/E glass filters Lysine vasopressin custom synthesis pre-soaked in binding buffer. The filters were rinsed twice before the addition of 5 ml of scintillation fluid. Receptor-bound radioactivity was measured using liquid scintillation analyzer Tricarb 2200 CA from Parckard. All assays were performed in triplicate. UDPglucose binding assays were also performed in isolated EGFP and EGFP cells. Membranes were incubated with a saturating concentration of UDP-glucose for 3 hours at 22C. The non-specific UDP-glucose binding was determined in the presence of 10 M unlabeled UDP-glucose. The specificity of UDP-glucose binding was demonstrated in the presence of a saturating concentration of ATP. Incubations were stopped by the addition of ice-cold buffer PubMed ID:http://www.ncbi.nlm.nih.gov/pubmed/19754671 and receptor-bound radioactivity was determined as described above. The equilibrium dissociation constant and the capacity of binding in dose-displacement studies were calculated using a scatchard plot and are expressed as the mean SD. Statistical analysis were performed using the unpaired Student t-test. Immunoblotting PubMed ID:http://www.ncbi.nlm.nih.gov/pubmed/19754877 Proteins were run on NuPAGE Novex bis/tris 412% gels and transferred to nitrocellulose membranes. After blocking, membranes were incubated overnight with the primary antibody. After 3 washes in TBS 0.1% Tween 20, horseradish peroxidase-conjugated secondary antibodies diluted 1:10,000 in TBS 6 / 24 Immune Role of P2Y14 in Intercalated Cells 0.1% Tween 20 were applied for 1 h at RT. Membranes were assayed with Western Lightning Chemiluminescence reagent and Kodak imaging films. Immunofluorescence Mice were anesthetized using pentobarbital sodium. The left kidney was perfused through the renal artery with PBS, followed by paraformaldehyde-lysine-periodate fixative for 10 min at a constant rate of 3.5 ml