represent common ancestors to subsequently divergent families which have been conserved in the evolution of the Apicomplexan lineage, or whether they arose from domain shuffling between existing kinase genes, remains to be elucidated. It is possible that additional such “composite” enzymes will be identified, particularly among the PfPKs which do not associate with well defined PK groups. A three-species comparison of CMGC kinases Because of the large number of CMGC-group kinases found in the P. falciparum genome, we carried out a more thorough analysis in which the 18 malarial kinases belonging to this group were compared with comprehensive sets of related kinases from the yeast and human genomes. The phylogenetic tree was constructed in a similar way to that in Several protein kinases appear not to cluster clearly with any defined group, or to constitute small “satellite” clusters. Examples of such “orphan” kinases are the cluster formed by PfKIN, an enzyme previously described as related to the SNF1 family, with two uncharacterised PfPKs. This cluster is located at the base of the CamK and AGC branches, and does not strongly associate with any established ePK group ). A group of three malarial enzymes, including PfPK4, a previously characterised HRI kinase homologue, that are similar to mammalian elongation factor kinases, and form a distinct cluster associated to the NIMA group. Several sequences that are isolated at the base of major branches of the tree, indicating an absence of relat- Page 7 of 19 BMC Genomics 2004, 5:79 http://www.biomedcentral.com/1471-2164/5/79 to the MAPK family, indicating no preferential relatedness to any of its subfamilies. Pfmap-1, in contrast, clearly associates with ERK8, a recently described member of the ERK family which, like Pfmap-1, has a large extension at the C-terminus. In the orthologous rat enzyme ERK7, a similar extension has been shown to be involved in regulation of enzymatic 487-52-5 site activity. It has hence been proposed that ERK8/7 may not be part of typical threecomponent modules which are the hallmark of the ERK1/2, p38 and JNK pathways. Formal demonstration that ERK8/7 is not regulated by classical MEKs in mammalian cells is difficult because of the numerous MEK homologues present in the genome. The situation in P. falciparum therefore provides a first clear example that in vivo regulation of a kinase related to ERK8/7 does not require a typical MEK, since no member of the latter family is present in the 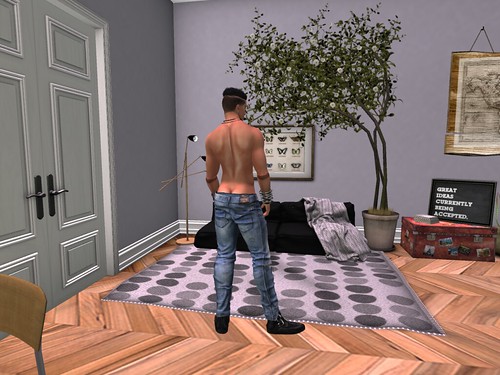 parasite’s genome. It is perhaps unsurprising that P. falciparum lacks MAP kinases of the ERK1/ERK2, p38 of JNK subfamilies, given the absence of MAPKKs and STE-like MAPKKKs in the genome. In summary, our data indicate that although the malaria parasite uses MAPK homologues, these are not part of three-component modules to our knowledge, P. falciparum is the first eukaryote demonstrated to lack such modules. Cell cycle control kinases Three P. falciparum kinases cluster with the cell division kinase group that includes the human cell cycle CDKs. PfPK5 appears orthologous to yeast cdc28 and to human CDK1-3. PfPK5 displays similar levels of overall homology to both mammalian CDK1 and CDK5; PubMed ID:http://www.ncbi.nlm.nih.gov/pubmed/19794399 however, in our analysis this enzyme clearly clusters with the former, lending support to the idea that this enzyme is a functional homologue of the major cell cycle control kinases, as previously suggested. The other two malarial enzymes that clearly cluster within the CDK group, Pfcrk-3 and Pfcrk-1, cannot be