ghboring machinery for cotranscriptional mRNA maturation in an appropriate fashion and timing. This notion would expand the category of these structures to integrated “mRNA factories,” providing an intuitive physical framework for the numerous observed interactions among transcriptional and mRNA processing factors. Other essential processes in the regulation of pre-mRNA synthesis, such as chromatin remodeling and histone modification, would similarly benefit from such a design. Although this model of transcription factories explains many observations of gene expression and nuclear organization, there are many intriguing questions that need to be resolved. What are the MedChemExpress Aphrodine molecular mechanisms underlying the appropriate targeting of activated gene sequences to a factory, and how are they integrated in a given regulatory context What is the inner structure of factories in the cell at a resolution beyond the conventional light diffraction limits How are these structures assembled and organized during the cell cycle according to the requirements of the cell Does it require the existence of an underlying structural scaffold or “nucleoskeleton” How are different regulatory hallmarks, such as the phosphorylation cycle proposed for the CTD of the RNAPII during its progression through the transcription Genetics Research International Transcription unit 3 staining and light microscopy, is not homogeneous and shows a dynamic pattern of localized accumulation in 10 30 irregular domains termed speckles, “SC35 domains” or “splicing factor compartments”. At the level of electron microscopy, they correspond to two distinct structures: interchromatin granules clusters, composed of particles measuring 2025 nm in diameter and perichromatin fibrils, 35 nm fibrillar structures localized both at the periphery of IGCs and in other nucleoplasmic regions, which are PubMed ID:http://www.ncbi.nlm.nih.gov/pubmed/19818716 the sites of nascent pre-mRNAs These structures were first identified using immunostaining with specific antibodies against different small nuclear ribonucleoproteins . This and other observations that show the presence of poly RNA colocalizing with snRNPs and SC35-rich domains further support a link between nuclear speckles and pre-mRNA metabolism. Pioneering mass spectrometry studies and a still-growing list of publications using immunofluorescence or live-cell imaging labeled with tagged constructs corroborate a marked enrichment of these compartments with factors involved in pre-mRNA transcription and processing, especially pre-mRNA splicing. Several models, which are not mutually exclusive, have been proposed to explain the role of these nuclear bodies in the regulation of gene expression: they function as storage/assembly/modification compartments that can supply processing factors to the surrounding active 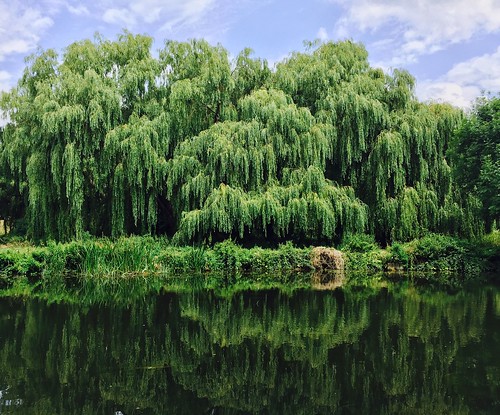 transcription sites; they function as sequestering sites for the dynamic control of transcription and processing factors; they serve as functional “hubs” for coregulated genes and their products; they play an active role in posttranscriptional premRNA processing and surveillance and/or in the coupling of early steps of mRNA biogenesis. The concept that nuclear speckles are transcriptionally inactive compartments that serve as storage or recycling sites of pre-mRNA metabolism complexes from which these complexes are recruited to nearby sites of active transcription according to demand is a widely held view supported by many experimental results. Importantly, recruitment to active sites of transcr