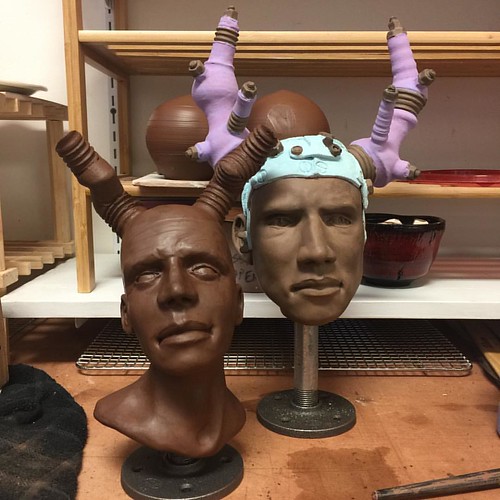 is certainly each dose-dependent and activitydependent. Enhancement of fusion and infectivity improved with growing the level of NA protein at the surface of cells and of virions, until a plateau was reached. This impact was strictly dependent of your enzymatic activity of NA, as an active-site mutant of the enzyme had no influence on HA-mediated fusion and infectivity. Our results also strongly recommend that the impact of NA on infectivity and fusion was mediated by desialylation of residues expressed in virus producer cells or on virions, as opposed to desialylation of residues on target cells. Indeed, the extent that NA enhanced infectivity of pseudoparticles was comparable regardless of whether NA was coexpressed in the surface of virions or added towards the pseudoparticle suspension as a soluble bacterial sialidase. Inside the latter case, enhancement of infectivity was detected even soon after ultracentrifugation and removal of soluble NA in the inoculum, thereby excluding an impact of NA on target cell sialic acid residues. This clearly guidelines out a non-specific enhancement by way of removal of repulsive adverse charges from cell surfaces, similar to that described by Sun et al., where propagation and syncytium formation by HIV-December NA Enhances HA-Mediated Fusion intracellular enzymes. As these processes differ amongst cell forms, in addition they impact the biological functions and properties of HA and NA, which includes receptor binding, membrane fusion and antigenicity. Therefore, we cannot exclude that differences amongst HeLa and sides with the open reading frame and that had at least Construction of plasmids expressing influenza NA The pCI-N Materials and Procedures Cell lines The human cell lines Cell-cell fusion assay HeLa cells transiently coexpressing influenza envelope glycoproteins and HIV- NA Enhances HA-Mediated Fusion therapy was performed a single hour later by replacing the culture medium with DMEM acidified with citric acid at pH tat. The NA enzymatic activity was defined because the slope calculated by linear regression working with PRISM In situ X-Gal staining of cocultures Sixty hours right after coculture among the transfected HeLa cells along with the MDCK-LTR-lacZ target cells, adherent cells were fixed in Building of an env-defective HIV-The virion infectivity assay utilised within this study is depending on the “8176710 production of HIV- Quantification of HA protein in HeLa cells by western blot evaluation HeLa cells seeded into Production of HIV-Subconfluent monolayer of adherent human Indirect evaluation of NA expression on HeLa cells by quantification on the NA enzymatic activity HeLa cells seeded into NA Enhances HA-Mediated Fusion Infectivity assay Pseudovirus suspensions produced as described above had been normalized for HIV- estimate of their relative amounts of incorporation into HIV pseudoparticles. Author Contributions Conceived and designed the experiments: BL. Performed the experiments: BS SW BL. Analyzed the data: BS SW FC BL. Contributed reagents/ materials/analysis tools: BS SW MARW DED NN SvdW BL. Wrote the paper: BL. Quantification of HA and NA proteins incorporated into HIV-The amounts of HA and NA proteins into purified virion preparations have been quantified by western blot evaluation as an December NA Enhances HA-Mediated Fusion December A Comparative Evaluation of Gene Expression Patterns and Cell Phenotypes amongst Cervical and Peripheral Blood Mononuclear Cells ‘Rachel E. Horton A