promoter activity in each normoxia and 68630-75-1 hypoxia (Fig 4B). The data also showed that promoter activity is markedly decreased in constructs which lack -56 to -26, suggesting that this region also consists of binding internet sites for transcription factors which are vital for versican promoter activity in HMDM. All round, the information indicate that each the -56 to -26 and +54 to +104 regions are needed with each other inside the very same construct for higher expression ” from these versican promoter constructs in HMDM. These observations suggest two alternative mechanisms: either two or additional independent transcription things bind at these two web sites, and are vital for higher level transcription, or factors binding in these two regions interact to facilitate transcription; candidates involve AP-1 (-34 and -4) which can interact with NF-1 (+94) [59] or CREB (-34) which could interact [66] with all the putative binding web-site we’ve got identified at +60 for HIF-1, a transcription element which has previously been recommended [25] to play a role in versican hypoxic induction. To examine the functionality of this putative HIF-1 binding web site, we cotransfected the -56 +184 versican promoter construct having a HIF-1 over-expression construct; however, no induction was observed, in contrast to the HIF-1 responsive control PGK-1 construct which was strongly induced (Fig 5A). To additional elucidate prospective part of HIF-1 in hypoxic up-regulation of versican, we examined induction of versican mRNA in HMDM. Earlier studies [50, 51] have shown that HIF1 mRNA and protein are up-regulated by lipopolysaccharide (LPS) in monocyte-macrophage lineage cells. Our data show that treatment of HMDM with LPS from two distinctive bacterial species didn’t substantially induce versican mRNA, in contrast together with the mRNA of VEGF, that is recognized to become up-regulated by LPS by means of a HIF-1-dependent mechanism [50] (Fig 5B and 5C). Furthermore, we treated HMDM with cobalt chloride and Desferrioxamine (DFO). These “hypoxia mimetic” agents act by means of various mechanisms to stabilise HIF-1, growing HIF-1 protein levels in normoxia, and up-regulating the expression of HIF-1 dependent hypoxia-inducible genes [54, 55, 56, 60]. Each hypoxia and DFO up-regulated versican plus the two control HIF-1 dependent genes VEGF and GLUT-1. In contrast cobalt chloride up-regulated VEGF and GLUT-1 but not versican mRNA (Fig 5DF). Taken collectively, the lack of induction of versican mRNA by LPS and cobalt chloride, two stimuli which are identified to strongly upregulate HIF-1 and thus HIF-1-regulated gene 11543771” expression, recommend that versican is up-regulated differently to VEGF and GLUT-1, either via a mechanism in which HIF-1 alone just isn’t enough or through a HIF-1 independent mechanism. The potential of DFO, but not cobalt chloride, to up-regulate versican mRNA recommended the possibility of a hypoxic induction pathway involving up-regulation of -catenin by PI3K, because this pathway is identified to regulate versican expression [65], and to become induced by hypoxia and DFO [61, 62] but not induced by cobalt chloride [64]. To test this hypothesis we treated HMDM with two distinct PI3K inhibitors, LY290042 and wortmannin, and showed that both caused a marked reduction in hypoxic induction of versican whilst possessing no impact on hypoxic induction of your classic HIF-1 regulated gene GLUT-1 (Fig 7). These data offer proof of a function for PI3K in the hypoxic induction of 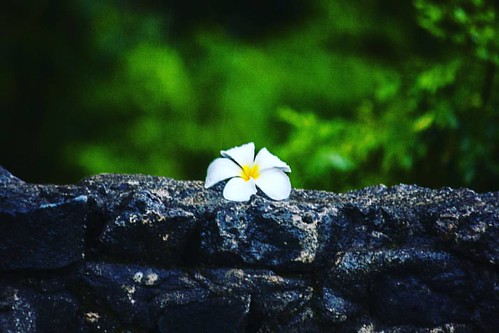 versican in HMDM. Based on the preceding operate of Rahmani et al., [65], this might be mediated by way of the s