e single-stranded attC by the enzyme acts by way of a different way, as suggested by the structural data [15], most likely by powerful interaction amongst IntI1 plus the extrahelical bases in the recombination internet site, major to opening with the strands. By dissecting the reaction, the recombination assays described will allow further characterization of this activity. In specific, the recombination test could serve as a basis for the selection as well as the study of inhibitory molecules at the same time as for the evaluation of reaction selectivity making use of chimeric proteins. These could be useful tools in gene therapy. The outcomes obtained with the mutated enzyme also indicate that the in vitro assays described here make it achievable to study the partnership between the structure and function of IntI1 via evaluation with the biochemical properties from the mutation carrying integrases in amino acids, that is potentially involved in recombination. As well as such fundamental research the in vitro assay described here will enable the search and the choice of specific 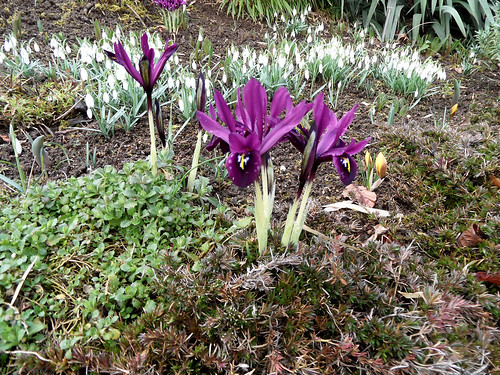 inhibitors of IntI1 that might be useful for the in vivo limitation in the antibiotic resistance spread.The DNA sequence encoding the entire class I integron was previously cloned from P. aeruginosa Pa695 [18] into pC23 vector (see figure 1). The all-natural conjugative plasmid pSf2032 which contains a class 2 integron carrying trimethoprime (cassette 1), streptothricin (cassette two) and streptomycin-spectinomycin (cassette three, silent gene) resistance genes was obtained in the Shigella flexneri Sf2032 clinical strain. The pACYC184-attI1 vector, carrying a chloramphenicol resistance determinant and an attI1 site, was obtained by ligating the PCR amplification item, on a single hand, obtained with pC23 as template and attI1L-BamH1 as primers, reduce with BamHI and HindIII and, around the other, pACYC184 with the same enzymes. The E. coli DH5a strain was utilised for propagation of plasmids and E. coli BL21 strain was applied for expression of IntI1(his)6 recombinant enzyme. E. coli TOP10 was the recipient strain in in vivo recombination assays. All bacterial strains had been cultured at 37uC for propagation with the plasmid or 25uC for expression, on LB medium supplemented with antibiotic.All DNA vectors and PCR solutions have been purified making use of the DNA purification systems from PROMEGA (Wizard plus SV miniprep and Wizard SV Gel kits). PCR amplifications were carried out under regular conditions utilizing Taq polymerase (PROMEGA).Sequencing was performed by polymerase chain reaction-based sequencing (ABI Prism large dye terminator cycle sequencing prepared reaction kit, Applied Biosystems). Cloning, expression and purification of IntI1 Wild type IntI1 gene was amplified by PCR from pC23 vector using IntI1-59Topo 13419-46-0 primer containing the Topo1 web site and IntI1-39-stop primer . The amplification product was then cloned into pET101D-Topo vector based on the manufacturer’s recommendations (INVITROGEN). The resulting pET101D-IntI1 expression plasmid was ” checked by sequencing and introduced in to the BL21 11118042” bacterial strain for expression of recombinant IntI1 fused to (his)6 tag in the 39-end. The genes encoding the mutated R146K and R280E enzyme have been amplified as for wild kind enzyme but from pMalC2 plasmid kindly provided by Drs. P. Roy and N. Messier [20]. Each mutants had been further cloned into pET101D vector as completed for wild variety enzyme. Bacteria containing the pET101-IntI1 vector were cultured in LB medium supplemented with ampicillin (50 mg/ml) for 12 h