before that LoVo-derived DENV has an average prM content of 9469%, demonstrating that LoVo-derived DENV is completely immature [11].The prM protein is recognized to manage viral infectivity [11,14,18,20,21], and we observed just before that the distinct infectivity of LoVo-derived DENV is at the very least 10,000 fold decreased compared to that of std DENV generated in C6/36 cells [11,17,32]. This can be comparable to the drop in certain infectivity of a furin cleavage-deficient recombinant DENV (pDENprMA90) [17]. In addition, the lowered certain infectivity of LoVoderived DENV was rescued upon exogenous treatment with furin, indicating that prM to M cleavage can be a prerequisite for viral infectivity [11]. Taken together, prM to M cleavage of DENV is solely mediated by furin and LoVo cells is usually applied to produce completely immature DENV particles. The distinct infectivity on the immature DENV-2 batch made use of in this study was ,one hundred,000 fold lowered in comparison to that of std DENV-2, again demonstrating that immature DENV-2 is primarily non-infectious in BHK-2115 cells. The GCP to PFU ratio was 8.46106 for immature DENV in comparison to 73 for std DENV. 315702-99-9 Despite the fact that we by no means detected infectivity of immature DENV-2 in monocyte and macrophage cell lines or human PBMCs [17,32], we did observe low-level infectivity of immature DENV-2 in imDCs (Figure 2A). At 43 hpi, 1.86103 PFU/ml had been created following infection with immature DENV, although for std virus a titer of 1.46106 PFU/ml was obtained. Related final results have been observed in cells of one more blood donor (information not shown). Additionally, to test whether or not immature DENV infects imDCs resulting from interaction with DC-SIGN, we treated imDCs with either an anti-DC-SIGN antibody or a non-specific isotype control. Indeed, blockage in the DC-SIGN receptor entirely abrogated infection of imDCs with immature DENV (Figure 2B), indicating that DCSIGN acts as an entry receptor for immature virions. To additional confirm the 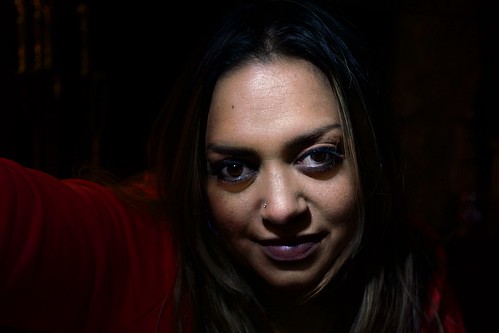 importance of DC-SIGN in facilitating entry of immature DENV, we next tested the infectious properties of DENV-2 on Raji wt and Raji DC-SIGN expressing cells. Analysis by flow cytometry indicated that 96.48.4% of Raji DC-SIGN cells had been optimistic for DC-SIGN, whereas Raji wt cells were unfavorable for DC-SIGN expression. To make sure a high degree of DCSIGN expression, only early passages of cells had been utilized for ” experiments. As depicted in Figure three, expression of your receptor molecule DC-SIGN drastically enhanced viral progeny production following infection with std DENV-2 and immature DENV-2. For 11543771” immature DENV-2, no virus particle production was detected in cells lacking DC-SIGN expression. We next assessed the value of furin-mediated cleavage of prM for the duration of entry of immature DENV. To this finish, cells had been treated with furin inhibitor prior and in the course of DENV infection. Therapy of Raji DC-SIGN expressing cells with furin inhibitor triggered a compact but significant (p,0.001, two-tailed Mann-Whitney test) lower in virus production following std DENV infection whereas no effect Figure three. Immature DENV-2 can infect Raji DC-SIGN cells inside a furin-dependent manner. Raji DC-SIGN cells and Raji wt cells were infected with MOG 1000 of std (grey bars) or immature (black bars) DENV-2. Prior and through infection, chosen samples were treated with furin inhibitor. Supernatant was analyzed for viral progeny at 43 hpi. Limit of detection is 20 FFU/ml. Information are expressed as suggests of at least two independent experiments performed in triplicate; error bars repre