affected in the iPS cells is LGR5, a 7-transmembrane receptor. LGR5 has been implicated in the self-renewal of adult stem cells in the hair follicle, intestine and stomach while the closely related LGR6 is active in stem cells of the sebaceous gland and skin. Though neither protein has yet been associated with hematopoietic stem cells DC is associated with stem cell failure in other systems and has prominent skin, gut and hair manifestations. We conclude that DC iPS cells represent a useful model of the DC PubMed ID:http://www.ncbi.nlm.nih.gov/pubmed/19666584 stem cell and should accelerate research into the pathology of this devastating disease. Here we have shown that they recapitulate the telomerase defect in DC and show no defect in ribosome biogenesis. We find they show decreased expression of WNT receptors PubMed ID:http://www.ncbi.nlm.nih.gov/pubmed/19666601 and WNT signaling which may be involved in the pathogenetic mechanism. 16 / 20 Dyskeratosis Congenita iPS Cells ~~ Bone development, remodeling and repair are carried out by osteoblasts which produce bone matrix, osteocytes which communicate the conditions inside the bones, and osteoclasts which resorb bone. Normally the activity of these cells is tightly coupled and regulated. Osteoclasts 1 / 21 TRAFD1 in Osteoclast Activity are multinucleated cells formed by the fusion of mononuclear progenitors of the monocyte/ macrophage family that differentiate under the influence of growth factors, macrophage-colony stimulating factor and the TNF-related cytokine, receptor activator of NF-B ligand, provided in the bone microenvironment by the osteoblasts. A major portion of our current knowledge of osteoclast biology has come from studies of naturally-occurring TPGS mutations in human patients and animals with osteopetrosis, as well as from osteopetrosis induced by gene targeting in mice. Osteoclasts have developed efficient and unique machinery for dissolving mineral 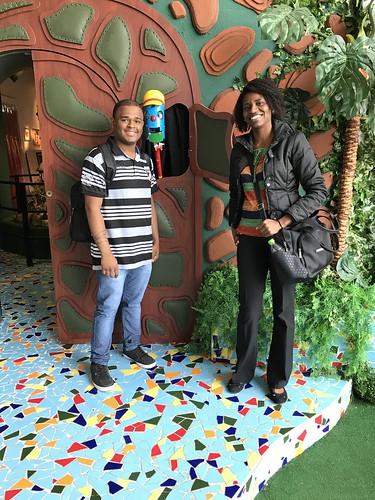 and degrading organic bone matrix. When bone resorption is called for, osteoclasts migrate to the site of resorption, attach to the bone, and become highly polarized. Osteoclast formation from bone marrow precursors is a main point of control in bone resorption, and RANKL and M-CSF are required to induce expression of genes that typify the osteoclast. RANKL binds to its receptor, RANK, on bone marrow progenitor cells and activates TNF receptor associated factors. In osteoclasts, only TRAF6 seems to have an essential function. RANK/TRAF6 signaling induces a cascade of signaling events leading to the activation of MAP kinases, NF-B and AP-1. As a result, these ligands induce NFATc1, the transcription factor considered to be the master regulator of osteoclastogenesis. Membrane dynamics are of central importance in osteoclasts. Differentiating osteoclasts develop four distinct and unique membrane domains that are essential for their function, including a sealing zone, ruffled border, facultative secretory domain, and basolateral domain. The first step of polarization involves rearrangement of the actin cytoskeleton and formation of a tight junction between the bone surface and basal membrane to create a ring-like sealing zone. The membrane adjacent to the bone surface within the sealing zone becomes highly convoluted, forming the ruffled border. Through the ruffled border, adjacent to the bone surface, HCl and proteases are released. As a result, bone mineral is dissolved and the proteinaceous matrix is digested. Carbonic anhydrase II provides the protons; the vacuolar ATPase, including the essential osteoclast-specific a3-subunit, pump