reated cells. The FR901464 itself did not suppress SR protein phosphorylation or reduce the amounts of Clk1/4 proteins throughout the time course in the cells cultured consistently at 37C. These results indicate that stress-induced Clk1/4 expression from the intronretaining Clk1/4 RNAs, which are sensitive to FR901464, contributes to rephosphorylation of SR proteins SRSF4, SRSF5, SRSF6, and SRSF10 after heat shock. We then checked the mRNA expression of known SR protein kinases, such as Clks, Srpks, Dyrks, Prp4, and other genes during and after heat shock. Among SR protein kinases, only Clk1/4 mRNAs were increased after heat shock in the control cells. However, in the cells pretreated with FR901464, the Clk1/4 mRNAs with the exon 4 disappeared after heat shock, whereas the mRNA levels of the other kinases were not affected with FR901464. lanes 15) and FR901464 pretreated by immunoblotting using the antiphosphoSR protein antibody. The cells were incubated at a normal temperature, incubated at 43C for 1 h, and further incubated at 37C for 1 h, 2 h, and 4 h as indicated in the schema. An asterisk shows the shorter exposure for SRSF6. Clk1/4 was detected using a Clk1 antibody which recognizes Clk1 and Clk4. The immunoblot with an antibody against -tubulin was shown as an internal control. Quantification of the results in B. Gray bars and closed bars indicate the control and the FR901464-pretreated cells, respectively. 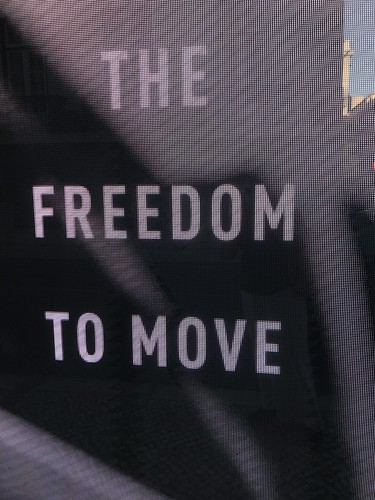 Phospho-SRSF4 was quantified by measuring the intensity of the top band of SRSF4 in B. Each bar shows the mean with SEM of three independent experiments. Asterisks indicate a significant difference. ReSCUE model Ninomiya et al. 35 To further confirm that Clk1/4 play major PubMed ID:http://www.ncbi.nlm.nih.gov/pubmed/19834545 roles on the rephosphorylations of SR proteins, we examined the effect of Clk1 cDNA expression, which has no introns and is not affected by FR901464, on the time course of the rephosphorylation in the FR901464-pretreated cells. As we expected, the rephosphorylation of SR proteins was not affected by FR901464 in the cells transfected with Clk1 cDNA. In support of this, when the cells were treated with the Clk1/4 inhibitor TG003 just during the recovery phase, rephosphorylation of SRSF4 and SRSF10 was clearly delayed compared with the control. Discussion A unique cis-regulatory element is responsible for the intron 3/4 retention of Clk1/4 Under the stress condition, several processes of gene expression, transcription, splicing, mRNA export, and translation are suppressed. Therefore, stressresponsive genes should have bypass mechanisms for their expression. For MK-886 example, many of the major Hsps lack introns, and thus, their expressions were not intercepted by splicing arrest. Some exceptional Hsp genes contain heat-resistant and temperature-sensitive introns, although the heat-resistant molecular mechanism has not been elucidated. In this study, we found that intron 3/4 of Clk1/4 RNAs was retained in all tissues we examined and that the intron-retaining Clk1 pre-mRNA was anchored in the nucleus but rapidly matured, exported to the cytoplasm, and translated to the protein after the heat shock. The translated Clk1 from the splicing-suspended pre-mRNA seems to be essential for rephosphorylation of SR proteins, especially SRSF4 and SRSF10. The observed fact that the transient expression of Clk1 induced by heat shock or osmotic stress does not require de novo transcription, splicing of constitutive exons, and polyadenylation suggests a novel stress-resistant gene expre